Skip to Main Content
It looks like you're using Internet Explorer 11 or older. This website works best with modern browsers such as the latest versions of Chrome, Firefox, Safari, and Edge. If you continue with this browser, you may see unexpected results.

Talks on the Cyprus problem have been ongoing for over five decades. The talks have always been top-down, non-transparent and competitive. With a lack of a safety net and deadlock breaking mechanisms, the formal process starts and stops and progress made is limited in terms of an outcome. Every time the process starts, issues are renegotiated again and the same deadlock points keep halting the process. It is thus not surprising that there is a lack of common understanding of even the fundamentals of a settlement across the two communities, leaving the process fragile. In such processes, jointly developed common understandings among political stakeholders could be important to act as safety nets to prevent the process from collapsing and to allow for a continuous process to reach a political settlement.

In this section, the original key documents, agreements and/or plans that have been proposed over the course of the Cyprus peace negotiations are made available. Each of the documents influenced and shaped the content of the negotiations to date. 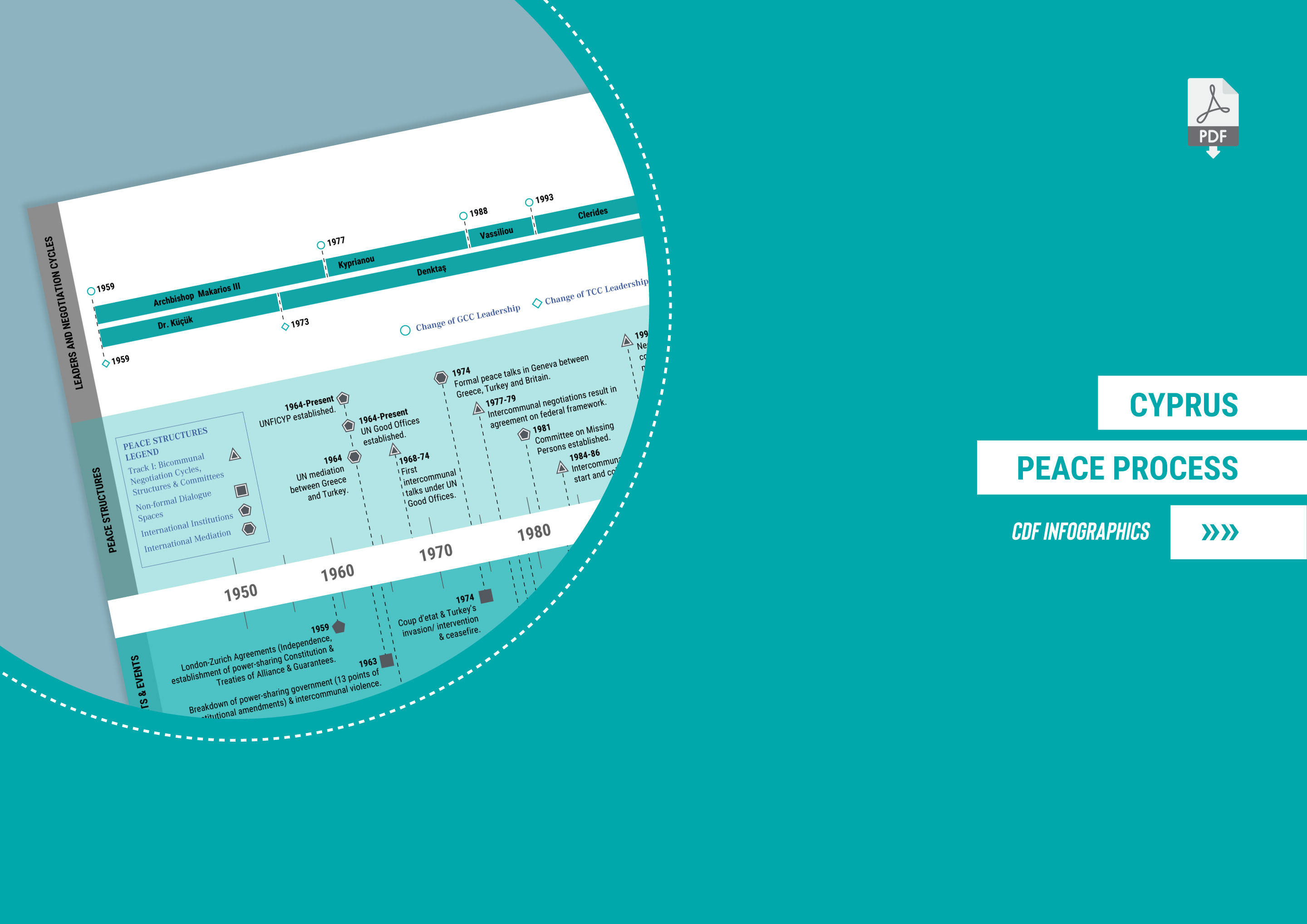