Skip to Main Content
It looks like you're using Internet Explorer 11 or older. This website works best with modern browsers such as the latest versions of Chrome, Firefox, Safari, and Edge. If you continue with this browser, you may see unexpected results.

The resolution of the Cyprus Problem defined in various negotiation phases is aimed at reaching a federal solution underpinned by the following principles: bizonality, bicommunality, political equality, single sovereignty, single international legal personality and single united Cyprus citizenship.  Below, the development of each of these principles has been mapped over the course of successive negotiation periods to show how each process has built on previous convergences.

PRINCIPLES OF A FEDERAL SOLUTION 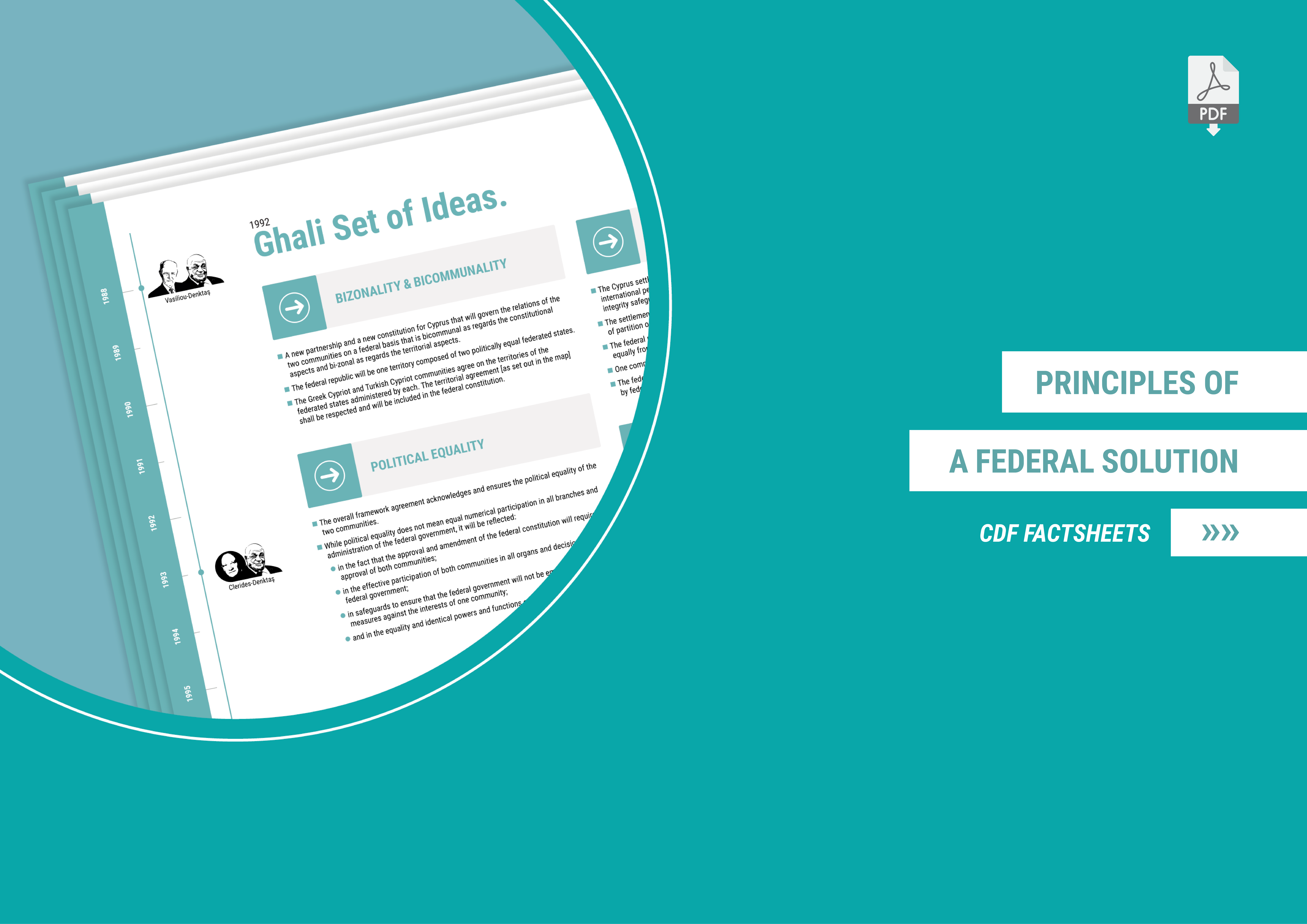 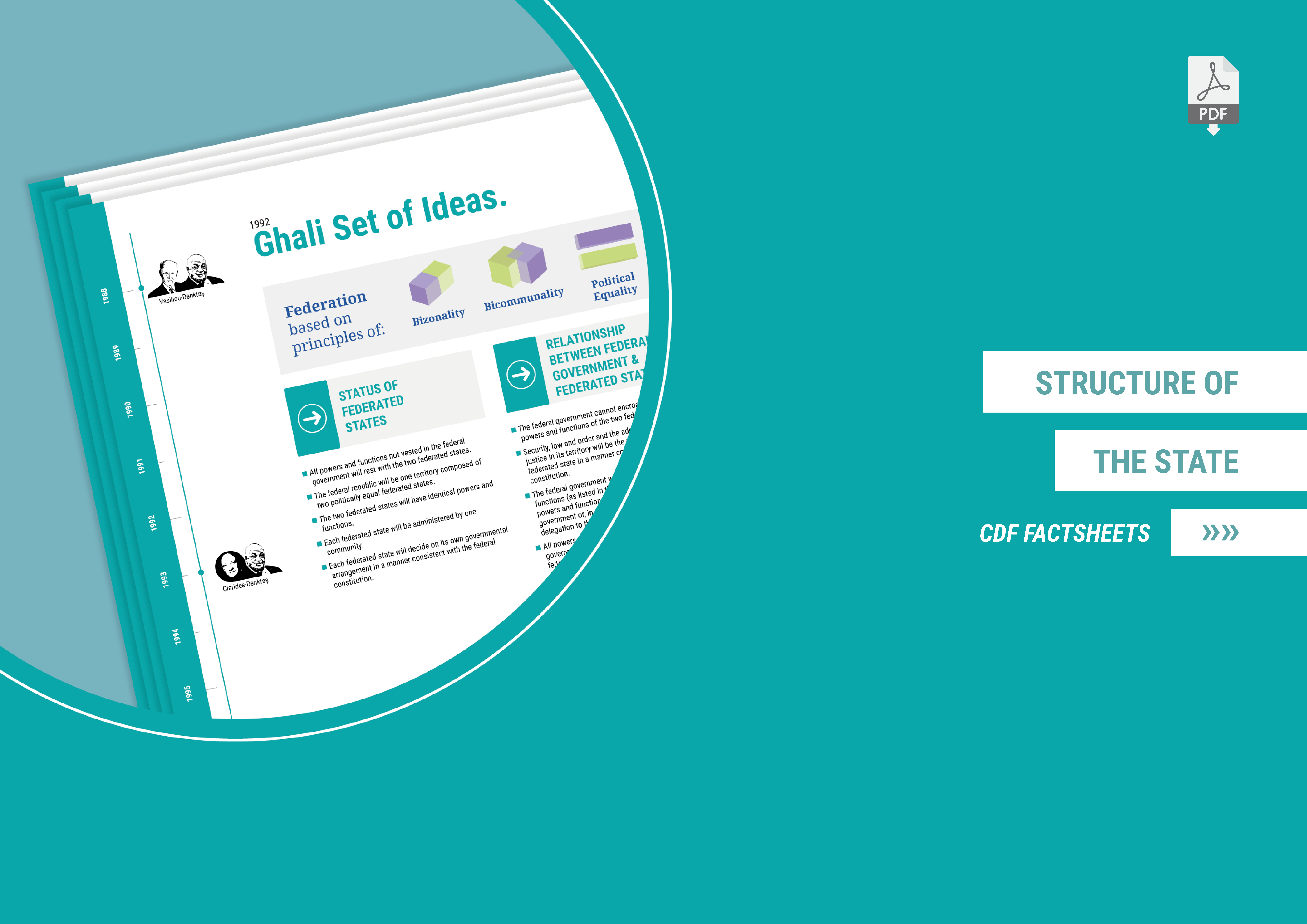 On 30 June 2017, the UNSG presented the sides at Crans Montana with a 'framework' for simultaneously resolving six major outstanding issues as elements of a final package that would lead to a comprehensive settlement. Between the 30 June and 7 July, the sides attempted, but ultimately failed, to negotiate a strategic agreement based on the six-part framework. The framework was reaffirmed by the two leaders in 2019 as the basis of future negotiations (along with the 11th February 2014 agreement and the convergences reached to date). While each side interprets the framework differently, the aim of this section is to showcase the elements that remain to be agreed that would form part of the strategic agreement.

The below section covers (a) the elements of strategic agreement within the Guterres Framework based on various documents and statements available to the public, and (b) the progress achieved in the period of 2014-2017 including issues of agreement and disagreement at the end of the conference in Crans-Montana.